A dreadful day at Newmarket for readers of this column where we lost two selections in a horrific on-track accident. Both TRIBAL ART and SUMMER’S KNIGHT suffered terminal injuries in the Bet365 Trophy handicap. I won’t say any more, but I was already shouting at the screen before the accident, at the amount of scrimmaging that appeared to be taking place. A full enquiry, please.

When dear God, will the BHA wake up to the issues surrounding the words “No Runners”, “Under Starter s Orders”, and “Planted”? At York yesterday in the 4:25 FOX DUTY FREE planted himself and refused to leave the stalls. He was however under starters orders. So you lose your money under normal Tattersalls rules. Often, bookmakers will, with some condescension, say they will return all bets. This is not good enough. It is surely not beyond the wit of man to create a rule that says when the gates open – or the tape goes up – a horse must travel 50 yards to be considered as racing. If you like, you could make it in line with the judge, but it shouldn’t be a gift of the bookies to play fair.

Sad to see the death of Jimmy Caan, who didn’t just play Sonny in the Godfather. He had a truly Hollywood life, along the lines of Star – Crashed – Bum – Patched Up – Comes Back – Star – Tries to crash – saved by 15yo son. He did more Charlie and survived than is ever considered clever or wise, and yet remained a constantly good actor, an amusing man and was by all accounts a proper chap. I loved many of his films and he was high on my list of “People I want to have a drink with, whilst out on the spin with Jeffrey Bernard”.

Meanwhile, The Hon continues to splutter and gasp, but much of that might be down to La Famille Johnston remaining in situ – while apparently hoping to have their wedding party at Chequers. On the strength of that, I have a very serious case of Covid as well.

Best Tweets of the Day: Trying to pick the next leader is like trying to choose the best loo at Glastonbury 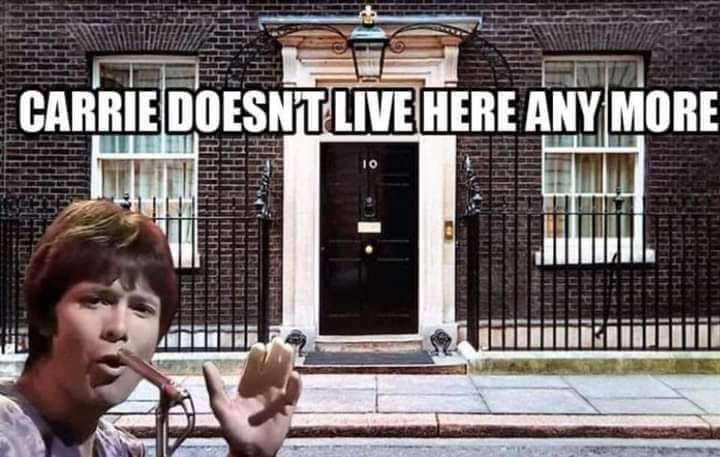 Talking of gasping and spluttering…

WITHOUT A FIGHT 2 pts Win

BAY OF HONOUR – LAASUDOOD Dutch the pair for 6 pts

LION OF WAR – ISAAC SELBY Dutch the pair for 6 pts for a return in the region of 4/5.

I suspect this is a race that will resolve some questionable Ascot form. Looking at the Buckingham Palace Handicap I think ROPEY GUEST’s 2nd was deserved, but he suffers from the very worst form of seconditis – which means he rarely even gets second. In fact, he has only won twice in three years. RHOSCOLYN benefitted from a first-time tongue-tie and ran far better than his odds and mark suggested. However, all his wins have come in races with a bend. VAFORTINO had a miserable race and had no luck at all. His running has to be tempered with the knowledge that his jockey is of course 2lbs worse off as his career starts to gather momentum, and VAFORTINA was carrying 5lbs extra that day for his Victoria Cup win. CRUYFF TURN appears on my trend sheets and is only 3lbs shy of his last winning mark. He will handle the ground and the field size and his price are wrong. I would like to have one on my side who looks as though they like Newmarket – and that one is STAR OF ORION who had no luck at all in the Buckingham Palace having been stopped dead at the 2f mark.

PrevPreviousStand by to fend off all boarders: July Festival Day 2
NextIt was the best of times… but it was no longer the Aga of reasonNext