The Newmarket July meeting – how cute.

As I sit at my desk, the summer idyll is only broken by the rolling TV news being broadcast into my office. The 1922 Committee is about to be called together, and at any moment I am expecting a call from No 10 as I become by accident, the last man standing in the Valley Tory Party. I don’t doubt I shall be asked to become a Secretary of State, but additionally to become a Junior Minister in four different departments. Then again I might also get Chief and Deputy Chief Whip and finally Party Chairmanship. Sadly the job of PM remains apparently unattainable. We must all be patient.

However, if you’re disturbed by Westminster’s turmoil, then it pales by my concern at opening Pandora’s Box when I Googled the word “Incel” a term I had never heard before. This came about because I was intrigued by a piece on The Unherd site, a magazine site I have mentioned before and which I recommend, entitled: Incels can become heroes.   If you click on the article it will open in another tab.

If you have done that, and you’re now back with me – and understood  25% of either the content or context or indeed could judge its importance or not, then Gunga Din, you are far and away the better person. 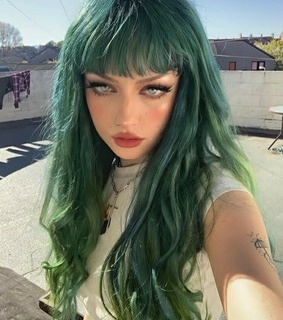 Involuntary Celibates are, in the simplest terms, boys who can’t get girls. That in turn led to more research – again more articles on Unherd – which in turn led to more Googling and so ad infinitum – or at least until the PM stumbled and almost went. From there I discovered e-girls, Emo Girl, and VSCO girls. There are also G-IRL, or Girls in Real Life. I found uwu and kawali. I discovered the impact of Tik-Tok and the resurgence of Tumblr and amongst it all a sad undercurrent of girls looking for money; of bullying and depression, and even potentially the cause of mass shootings.

Some of it is cute, (THE cultural word), some of it is Lolita on steroids, and of course, much of it is just teens being teens and following their teen heroes. But whilst Grans could easily understand Bill Hailey and even The Beatles, this is much, much, more complex and on so many more levels – and moving at the speed of microns. Take the journey, it is probably important, because we are at a crossroads in all our lives – and they are going to be playing a part in all our futures.

Talking of the end of days – here are the tips for the first day of The July meeting.

Only three of these have form, and obviously, IVORY MADONNA is the form horse. However, William Haggas is running two in this and with a 30% strike rate for the last two weeks and a 25% strike rate with his Turf 2yos, they’re worthy of more attention. I can’t split them – back them both e/w.

This is probably between ZECHARIAH and MASEKELA. The Queen’s Vase has always been something of a pointer for the Bahrain Trophy, which bodes well for ZECHARIAH, who ran well to finish 2nd to a Roger Varian hotpot. He got first run and possibly hit the front too soon, leaving him vulnerable to a late charge. One little stat for you – Ryan Moore has only ridden for Martyn Meade 22 times  – for 6W and 7P a 27% strike rate. However MASEKELA was last seen in the Derby coming an 8l fourth to Desert Crown. The Derby was well above average in form terms, witness the wins for Changingoftheguard and Westover (Irish Derby) and good seconds for Piz Badile (to Westover) and Grand Alliance. I think that’s solid form.

LITTLE BIG BEAR is the natural favourite given his Windsor Castle victory, the form franked by the second Rocket Rodney taking a 5f Sandown listed by 2½l  as well as Wodao and Ramazan taking decent races since. PERSIAN FORCE ran well in The Coventry to come 2nd to Bradsell, but when I was researching this I noticed the run of KING’S CROWN who was ignored at 200/1, He was far too keen early on, but at the 2f pole you could see he was looking for a gap that never appeared – plus he got squeezed up and his rider sensibly let him down for another day. I’m not saying he’ll win – just he’s not a 125/1 shot. I was quite tickled by the idea of WAITING ALL NIGHT who again ran better than his price of 125/1 in the Coventry.  My only reservation is that he went into my notebook as being good for 7f in The Superlative. Anyway your card is marked in case he wins.

DEODAR has very few miles on the clock – this is just his fifth race and he won two of the first four. He’s got Ryan Moore in the plate and Ralph Beckett is in pretty decent form. First-time blinkers and the Juddmonte silks all make me think we’ll see a very decent show from him. Given there are 6 places on offer and he’s already being backed, I suggest you have a small poke at Admiral D as well. He ticks many of the trends and he might well turn out to be one of those Fahey horses who improve after being moved to the yard. This is just his third run for Richard and 20/1 looks very fair

Another race between two very thinly priced horses YIBIR and MOSTAHDAF, the former having won the BC Turf Mile and the latter the St James Palace last year. They’re both good horses – but they are far from certain to be able to win this G2 and between them, they only have a G3 (The Gordon Richards) so far this season. However, what is certain is that Mark Johnston has targeted this race three times in the last nine years and they all followed the same route as LIVING LEGEND. Jockey Club Stakes – Coronation Cup  – Hardwicke – Newmarket July. Ryan Moore is not a coincidence.

ALBAHR was impressive last year and I’m ignoring his LTO Meydan run where harlie Appleby’s gelding was a machine last year, racking up back-to-back wins at Haydock (twice), Salisbury and then rounding it off with a grade 1 in Canada at Woodbine. His sole run to date this year was a fifth of seven at Meydan the first time he had run on AWT anywhere. Back on the turf and a step-up in the trip, will under William Buick’s hands see improvement. The trends horse is MIGHTY ULYSSES and a reverse forecast is in order.

The favourite ENFORCED is the trends horse and I suspect he has been underestimated by the handicapper who has only raised him 5lbs for this hat-trick attempt. REPERTOIRE is still 10lbs higher than his last winning mark and SOAR ABOVE would probably be better off on the All-Weather. The price is dull, but I really can’t see anything else.

PrevPreviousThis next month will prove crucial to the future of racing
NextStand by to fend off all boarders: July Festival Day 2Next